Here are eleven of the best foods for Alzheimer’s disease prevention and management. consuming these foods regularly can help reduce your risk of developing the disease or slow its progression if you have already been diagnosed.

What is Alzheimer’s disease

There is no cure for Alzheimer’s disease, but there are treatments available that can help manage symptoms.

We’ve gathered the best foods for Alzheimer’s disease that will either slow its progression or reduce the risk of developing it.

Olive oil is a monounsaturated fat that has been shown to improve memory and cognitive function in adults with mild cognitive impairment. It is also thought to help protect against Alzheimer’s disease.

Experts recommend consuming two tablespoons of olive oil per day as part of a healthy diet. You can add it to your salad, use it in cooking, or drizzle it over food.

Read Also: Combine A Tbsp Of Olive Oil And 1 Lemon And You Will Remember Me for the Rest of Your Life

Leafy green vegetables are high in folate, a nutrient that is important for cognitive function and has been linked with a reduced risk of Alzheimer’s disease.

One study found that people who consumed the most folate had a slower rate of cognitive decline than those who consumed less. [1]

Berries are another great choice for brain health. They are rich in antioxidants, which can help protect cells from damage. [2]

Some berries, such as blueberries and strawberries, are also especially high in anthocyanins, a type of antioxidant that has been shown to reduce inflammation and improve memory function in animals. [3]

Citrus fruits are another good source of antioxidants, as well as vitamin C. Vitamin C is important for cognitive function and has been shown to reduce the risk of Alzheimer’s disease. [4]

One study found that people who had the highest levels of vitamin C in their blood were less likely to develop Alzheimer’s disease than those who had lower levels. [5]

Cruciferous vegetables, such as broccoli and cauliflower, are high in antioxidants and other nutrients important for brain health, including vitamin E and omega-3 fatty acids. One way they help keep your memory sharp is by reducing inflammation in your body.

Eating broccoli and cauliflower also provides you with vitamin E and omega-3 fatty acids to make sure your brain functions as well as possible. The most recent study on eating these vegetables found that people who ate more than three servings of cruciferous vegetables a week had a 47% lower chance of developing Alzheimers disease than those who did not eat such. [6]

Whole grains are a good source of fiber, which has been linked with a reduced risk of Alzheimer’s disease.

We’ve reviews a supplement recently that claims to elevate mood, eliminate brain fog and help with dementia and other brain damaging diseases by ”fixing” the digestion process in us. It’s called Cognibiotics. You can read our review here > Cognibiotics Review [2022] Pros & Cons, Ingredients, Price

Fatty fish, such as salmon and tuna, are high in omega-3 fatty acids, which are important for brain health.

One study found that people who had the highest levels of omega-3 fatty acids in their blood were less likely to develop Alzheimer’s disease than those who had lower levels. [7]

Nuts and seeds are also high in omega-3 fatty acids, as well as other nutrients important for brain health.

They are a good source of protein and fiber, which can help keep you feeling full longer. Additionally, they are rich in antioxidants, which can help protect cells from damage.

Beans – Some studies have shown that consuming beans regularly may help reduce the risk of developing Alzheimer’s disease.

A study from researchers of Edith Cowan University in Western Australia on 541 Australians, found that people who ate the most legumes had a lower risk of Alzheimer’s disease than those who consumed less. [8]

Additionally, beans are a good source of fiber, protein, and antioxidants, which can help protect cells from damage and promote gut health.

Turmeric has been shown to help improve cognitive function in people with Alzheimer’s disease.

One study found that turmeric was able to improve memory and attention in people with the condition. [9]

Additionally, turmeric is a good source of antioxidants, which can help protect cells from damage.

Purality Health’s Liposomal Turmeric is the best liposomal turmeric supplement in the market.

Their unique Micelle Liposomal delivery composed of organic glycerin extract and fulvic acid, protects the turmeric from breakdown in the digestive tract, delivering a powerful, soothing dose right where you need.

Although research on alcohol consumption and Alzheimer’s disease is conflicting – based on the interpretation of various studies, no definitive results highlight if light to moderate alcohol drinking is detrimental to cognition and dementia, or if alcohol intake could reduce risk of developing AD. [10]

What we do know for sure though, is that red wine it is well know that it contains large amounts or flavonoids.

In a study that involved 2,800 participants who were 50 years and older researchers found that people who consumed higher amounts of flavonoids where less likely to develop Alzheimer’s disease. [11] [12]

How to prevent Alzheimer’s disease

There is no one-size-fits-all answer to this question, as the best way to prevent Alzheimer’s disease may vary depending on your individual risk factors.

However, following a healthy diet and staying active are both important steps you can take to help reduce your risk. Additionally, staying mentally active and social may also help protect against Alzheimer’s disease.

Some steps you can take to reduce your risk include:

What are the symptoms of Alzheimer’s disease?

The most common early symptoms of Alzheimer’s disease are forgetfulness and trouble with abstract thinking.

As the condition progresses, people may experience changes in mood and behavior, difficulty speaking, swallowing and walking, and finally a loss of consciousness.

Read Also: 8 Habits You Need To Adopt Today To Stop Alzheimer’s or Dementia Before It Starts

How is Alzheimer’s disease diagnosed?

Alzheimer’s disease is diagnosed through a variety of tests, including cognitive exams, lab tests, and imaging tests such as MRI or PET scans.

A doctor will take a medical history to find the underlying cause of your symptoms and may order imaging studies or other screening tests before diagnosing Alzheimer’s disease.

For example, MRI scans are used to evaluate for multiple types of dementia—including Alzheimer’s disease.

The doctor will also ask you about risk factors, such as a family history of the condition or head injury, and what medications you have been taking.

Once all possible causes have been ruled out by proper diagnosis, your doctor can conclude that you most likely have Alzheimer’s disease.

☝ FACT: A third of people who have the disease are not diagnosed until they die.

Alzheimer’s disease is caused by a combination of genetic and environmental factors. Some risk factors, such as a family history of the condition or head injury, cannot be changed.

However, there are steps you can take to reduce your risk of developing Alzheimer’s disease, including following a healthy diet and staying active. Additionally, keeping mentally active and social may also help protect against Alzheimer’s disease.

Is there a cure for Alzheimer’s disease?

Unfortunately, there is not a cure for Alzheimer’s disease. However, following a healthy diet and staying active are both important steps you can take to help reduce your risk.

Additionally, staying mentally active and social may also help protect against Alzheimer’s disease. There are currently no medications that can cure Alzheimer’s, but there are a number of treatments available that can help improve symptoms.

If you or someone you know is affected by Alzheimer’s disease, talk to your doctor about what options are available.

What is the prognosis for someone with Alzheimer’s disease?

The prognosis for someone with Alzheimer’s Disease depends on the type and stage of the disease.

The longer a person waits to be diagnosed, the more quickly they will deteriorate.

With early detection and proper treatment, an individual’s functional ability may be preserved or possibly improved.

Some people may live with Alzheimer’s Disease for many years while others will die within three years.

The average age of death varies, but generally is after 14-16 years from diagnosis in those who have been diagnosed at younger than 65 years old or about 12-14 if over 65 when first detected.

While there is no known cure for Alzheimer’s disease, living a healthy lifestyle can help prevent or ease the symptoms.

Eating a balanced diet, exercising regularly and keeping mentally active are all important aspects of maintaining your health. If you want to start making changes to improve your health, we recommend starting with the foods listed above.

These simple steps can make a big difference in your quality of life as you age. 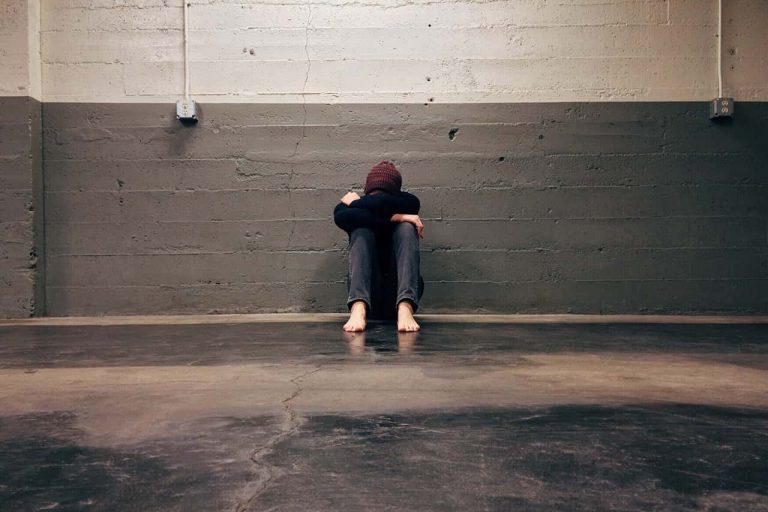 🎓 This article is Research-Based. It features links to research and scientific papers that back the claims of our authors. Depression is a serious mental health condition that affects millions…

Celery-the Perfect Vegetable? You probably know what celery is. The white veggie is commonly used in soups, stews, and salads, although we don’t really know much about it. As it… 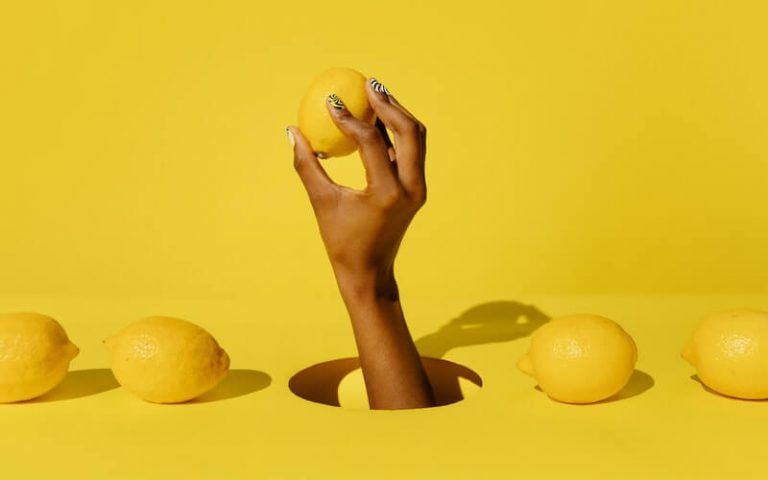 In this article, we explore 9 low sugar fruits ideal for low sugar diets, some fruits with the most sugar per 100 grams and we shed some light on misconceptions…

Aloe Vera’s Incredible Health Benefits The nutritional and health benefits of Aloe Vera have been known for a long time. People have been using the plant as a natural remedy…

Is brown rice healthier than white rice? Both are starches, both can be cooked and used in similar dishes. However, we have all heard that brown rice is the best…