Darren Garwood created and published a series of ten books to date with his four year old son Jackson, as the superhero.

Jackson was born in August 2014 in Essex, to Darren and Rebecca Garwood – a  healthy baby boy developing normally until the age of nine months when he suddenly stopped meeting standard development milestones and started losing milestones already met and learnt kills, such as feeding himself.

Jackson was diagnosed with KRABBE, a rare and deadly nervous system disorder, at Great Ormond Street Hospital.  Jackson’s outlook was bleak and doctors held out little hope that he would survive past the age of two.  The hospital had only every seen three cases, including Jackson, in the past 25 years.

Krabbe disease (KD) is inherited in an autosomal recessive manner. To be affected, a person must have a mutation in both copies of the responsible gene in each cell. The parents of an affected person usually each carry one mutated copy of the gene and are referred to as carriers. The infantile form of Krabbe disease is usually fatal before the age of two. Those infants who receive cord blood stem cells before the appearance of symptoms have longer lifespans. Those with late-onset Krabbe disease typically live between 2 and 7 years after the onset of symptoms.

Determined not to let Jackson be forgotten, Darren started writing a series of books, in which Jackson is a superhero, with ten books published so far. PIC FROM Caters News – (PICTURED: Jackson ) – A dying four-year-old has become a fictional superhero thanks to his doting dad who has become a published author to document their adventures.Darren Garwood, 37, was determined his only son, Jackson, would never be forgotten after his fatal diagnosis of KRABBE disease a deadly disorder of the nervous system that sees his body reverting back to basics when he was nine months old.SEE CATERS COPY

Darren, a full-time site inspector, explained the impact this disease had on Jackson and their lives: “Our lives came crashing down when Jackson was diagnosed, I tried to blank it all out.  We were told he was only supposed to live until he was two.

I wanted to stop thinking, I wanted to sleep and never wake up.  But my wife, Rebecca made me realise – all Jackson has is us, and I needed to be there. She asked me if I thought he dreamt – and we wondered what he dreamt about.

“I decided from that to write Jackson Superhero – he might not be able to do much – the condition affects everything including his brain – but I can help him dream by reading to him.

The books really don’t take long to write, a few days at most and I always like to use words that Jackson is familiar with.

I sent them off to publishers last February and was published by October 2018, I was thrilled when I’d sold 4,000 copies by Christmas.

I’ve so far written 10 ‘Jackson Superhero’ stories, with the next one, ‘Jackson’s solution to the world’s pollution,’ due out in May 2019.

Since they were published, the most amazing thing is that there’s kids who want to be like Jackson now.” PIC FROM Caters News – (PICTURED:Darren Garwood, 37, stood in a book shop next to his published books ) – A dying four-year-old has become a fictional superhero thanks to his doting dad who has become a published author to document their adventures.Darren Garwood, 37, was determined his only son, Jackson, would never be forgotten after his fatal diagnosis of KRABBE disease a deadly disorder of the nervous system that sees his body reverting back to basics when he was nine months old.SEE CATERS COPY

Darren added: “Doctors no longer know how long Jackson has got to live.

“No child has gone this far, but the more research I’ve done, I’ve heard of a little boy who lived for eight years.

Creating ‘Jackson Superhero’ books means that although he may have lost his smile, I can make him happy by reading to him.

He now sleeps properly, despite his chest and water infections, the fact he can’t move or speak.

He’s in a body that doesn’t work but whilst he might not be able to be a walker, the books mean he can sprint around the world in his sleep.

I want everyone to remember Jackson when he’s no longer here.

We had a little sister for Jackson – and I want her to know who Jackson was, and what he was like.

Writing these books, reading them to him has turned something terrible into something liveable.

It makes you see that ultimately humanity is good – I need to not be angry and sad.

These books are never ending – they are his dreams and the books are our escape.

I’ve got plenty more planned such as Jackson’s solutions to the world’s pollution and I’m determined – my Jackson will have a legacy.”

ALPACA yoga classes just might be the next big wellness craze. You can’t deny that an alpaca is an adorable creature. Imagine being able to do some stretching with…

How to repair your DNA naturally? This is a question I get to hear very often when discussing health issues. Our cells have mechanisms for repairing the lesions observed in…

Do you suffer from premenstrual syndrome (PMS)? If so, you’re not alone. Many women experience unpleasant symptoms in the days leading up to their period. Fortunately, there are steps you… 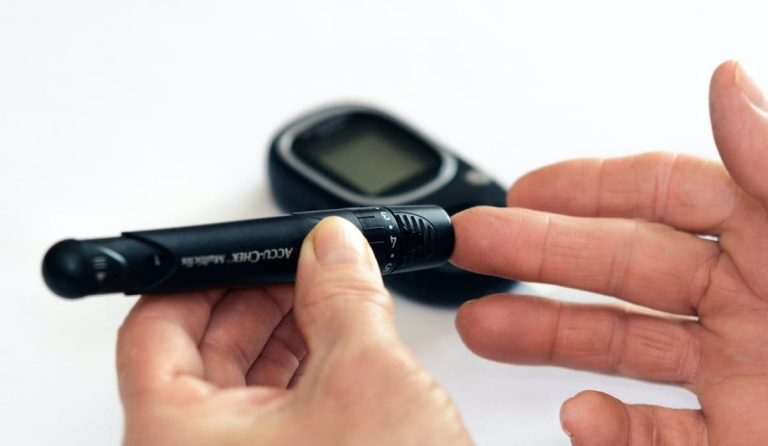 If you have type 2 diabetes, you know how important it is to eat the right foods. The good news is that there are plenty of delicious and nutritious options…

“The biggest challenge for me is just getting out of bed and getting out of the house,” Turner, 23, said in a podcast interview with Dr. Phil McGraw. “Learning to…

by Jade Small Does losing friends sound like a bad thing to you? Have you noticed your friend circle getting smaller? Well it’s time to stop worrying and realize…