What is N-acetylcysteine (NAC)

NAC is necessary for the replenishment and maintenance of glutathione levels in the body.

NAC or N-acetylcysteine as a dietary supplement has many uses and can help in mental mood disorders, brain problems, lung problems, sleep disorders, infections, and oxidative stress situations. It can even protect you from the flu.

Stimulating the immune system with N-acetylcysteine can also provide protection against influenza and people who are more vulnerable to the effects of the flu. For example elderly and people with chronic diseases should consider seriously supplementing themselves with a NAC supplement.

Studies have shown that N-acetylcysteine can help protect the lungs from carcinogens found in cigarette smoke, protect the liver from the toxic effects of alcohol and reduce toxic side effects medicines used to treat cancer. NAC has been successfully used to treat arsenic and mercury poisoning (source).

Read Also: Best Vitamin B Complex Supplement (2020) & Everything You Need To Know In Between.

Glutathione is a natural antioxidant enzyme produced in the body to combat the activity of free radicals. Without glutathione, the body’s immune system is largely at risk and has small defenses against toxins and diseases.

Glutathione is an antioxidant that removes oxygen free radicals from cells. The removal of these reactive species is important because they will cause cell and tissue damage if they remain in the cells.

Thus, N-acetylcysteine is a very important antioxidant that although it is found in obscurity and does not attract special attention, it nevertheless offers very important functions to the body.

Cysteine is found in beta-keratin, the main protein in nails, skin, and hair. It helps maintain a healthy, youthful appearance by encouraging collagen production and skin elasticity.

Because cysteine has been shown to stimulate the production of T4 white blood cells, NAC supplements are studied as a possible treatment for people with AIDS (source). It is thought that participants receiving 1800 milligrams of NAC supplements each day could significantly reduce the chances of developing the disease.

There is no Recommended Daily Intake for cysteine. It can be produced within the body, and can also be obtained through high protein foods such as meat and eggs. Wheat, broccoli, garlic, onions, and red peppers are also good natural sources of cysteine.

Below we list the TOP 5 Best N-acetylcysteine Supplements you can get on Amazon, based on the number of their reviews and their total score.

If you want to try supplementing, remember that N-acetylcysteine is the form of cysteine that is most easily absorbed by the body. Typical doses range from 250-1500 mg per day and there have been no toxic adverse side effects reported to date. Selenium, vitamin B6 and vitamin E help to enhance the antioxidant effects of cysteine, so you may want to add these supplements to your daily regimen.

According to WebMD, N-acetylcysteine – in extreme situations – might slow down blood clotting. This might increase the risk of bleeding during and after surgery. It is recommended to stop taking N-acetylcysteine at least 2 weeks before a scheduled surgery.

Again, according to WebMD, N-acetylcysteine – in extreme cases – can cause nausea, vomiting, and diarrhea or constipation. Rarely, it can cause rashes, fever, headache, drowsiness, low blood pressure, and liver problems. N-acetylcysteine has an unpleasant odor that may make it hard to take.

N-acetylcysteine Benefits According to Research

Below is a list of 26 N-Acetylcysteine Benefits according to science.

N-acetylcysteine is usually used to treat liver failure due to acetaminophen and significantly increases the patient’s chances of survival. NAC has also been shown to effectively treat liver failure caused by other factors, such as excessive alcohol consumption or environmental pollutants (source).

Oxygen roots will cause oxidative damage that is detrimental to their cells and DNA. By replenishing Glutathione were needed in the body, NAC helps fight oxygen roots and in turn, prevents cellular damage. This can be especially useful if the cells have been exposed to lead (source, source)

COPD is a lung disease caused by long-term oxidative damage to important lung tissues. This damage results in inflammation of the lung tissue. Inflammation is caused in smaller airways and this leads to shortness of breath and coughing.

By replenishing glutathione in the lungs, NAC tries to reduce oxidative damage and tissue damage. This, in turn, reduces the likelihood of developing HPA. The main form of treatment of COPD is oxygen therapy. This involves providing additional oxygen to the patient so that normal oxygen levels can be taken from the blood.

However, this extra oxygen also increases the production of toxic oxygen roots. The administration of NAC will reduce the concentration of these roots and help to improve the effectiveness of treatment (source).

AIDS/HIV is a disease caused by a failure of immunity. High levels of NAC in the body can help prevent the reproduction of an HIV-1 strain. This suggests that cells with high NAC levels are able to withstand HIV infection. NAC is a good dietary supplement for people who have HIV+ and take other medications (source).

6. NAC can reduce pain and inflammation

Along with reducing oxidative damage to tissues, NAC can work to reduce inflammation in tissues. NAC reduces the amount of many different inflammatory molecules present in the body.

NAC has been shown to help prevent and treat multiple cancers through a few different mechanisms. NAC has been shown to cause cell death in cancer cells, as well as stop these cells from reproducing. It has also been discovered that NAC reduces the number of signaling molecules of cancer in the body, which in turn reduces cancer’s ability to grow and spread. Ionizing radiation is often used to kill cancer cells.

However, this radiation can often lead to more cancers that develop in healthy cells through DNA damage. NAC protects healthy cells from damage while allowing cell death in cancer cells. This reduces the risk of other cancers, while ionizing radiation is used.

READ ALSO: Any Type Of Cancer Can Be Cured In Just 2-6 Weeks (Video)

NAC has been shown to reduce insulin resistance in obese patients. High blood sugar and obesity can cause inflammation in fat tissue This inflammation starts a signaling pathway which eventually leads to the destruction of insulin receptors. Destruction leads to diabetes 2 in obese patients. NAC has been shown to reduce inflammation in fat cells. This means that fewer insulin receptors are destroyed and cells become more sensitive to insulin. This reduces the risk of developing diabetes 2 (source).

9. NAC can protect against the influenza

NAC has been shown to reduce flu symptoms, as well as to protect against flu. NAC reduces the inflammatory response of the body when the flu develops and this reduces the symptoms that occur. NAC also reduces the ability of the flu virus to be doubled in cells. Without the ability to reproduce quickly, the virus is often combated before it develops. Older adults receiving a NAC supplement develop flu only 25% of the time, while those who do not take NAC supplements develop flu 79% of the time (source).

10. NAC can help with Alzheimer’s disease and Parkinson’s disease

Alzheimer’s disease is a neurological disorder that slows down learning and memory abilities. NAC can slow or undo the loss of cognitive ability in Alzheimer’s disease. Patients with Parkinson’s disease who take NAC show noticeable improvements in function and symptoms from the lack of dopamine (source & source).

READ ALSO: 8 Habits You Need To Adopt Today To Stop Alzheimer’s or Dementia Before It Starts

11. NAC can help prevent the effects of schizophrenia

Schizophrenia is characterized by an inability to understand reality and by abnormal social behaviors. NAC can work to minimize the negative effects of schizophrenia. The G72 gene is associated with the development of these diseases by the enlargement of syntax in the brain. With NAC therapy, the synapses of schizophrenics are normalized, suggesting that NAC plays an important role in assisting patients with mental illnesses (source).

Addictive behaviors include itching, trichotillomania, and other compulsive behaviors, as well as drug addiction. NAC helps people with addictions, especially cocaine. Behaviors such as pulling hair or biting nails can also be avoided using NAC. The results are mediated by the normalization of the stimulant neurotransmitter, glutamate (source).

Depression and bipolar disorder are serious conditions that are becoming more prevalent in our world today. Symptoms caused by these disorders can be significantly improved by taking NAC. NAC can also help improve people’s ability to function while experiencing these symptoms (source).

15. NAC improves the function of the intestinal barrier

Treatment with NAC can help protect the intestine in cases with the development of pathogenic bacteria. NAC will also correct oxidative damage, thereby improving the function of the intestinal barrier (source).

NAC helps to enhance bone growth and regeneration. It activates osteoblastic differentiation by interacting with other bone markers, such as collagen and osteopontin. NAC accelerates mineralization and thus increases the rate of bone growth (source).

17. NAC is a treatment for sleep disorders

18. NAC can be used as a treatment for polycystic ovary syndrome

Polycystic ovary syndrome is a hormonal disease that causes period problems and difficulties in getting pregnant a woman. Climate clomiphene (CC), a drug used to treat the disease, appears to work only in 60-85% of women. NAC is an alternative treatment for the disease (source).

19. NAC can assist in ALS or Amyotrophic Lateral Sclerosis

Amyotrophic lateral sclerosis is a disease of the nervous system that causes loss of voluntary use of muscles. The disease can’t be cured. NAC may help patients with ALS because it prevents the degeneration of neuronal cells (source).

20. NAC may increase the survival rate in patients with chronic heart failure

Chronic heart failure causes fatigue and muscle intolerance. NAC has been shown to improve these symptoms by reducing inflammation and oxidative damage to muscles. This, in turn, increases the survival rate of patients with Chronic Heart Failure (source).

21. NAC increases survival in patients with a heart attack

Patients suffering from heart attacks have fewer unwanted heart events after taking NAC. Patients receiving NAC have the possibility to leave the hospital earlier due to rapid and rapid recovery when they have suffered a heart attack (source).

Brain injuries can be caused by drug overdoses, cerebral ischemia (insufficient blood flow to the brain), brain trauma or other reasons. Brain injuries can cause loss of cognitive function and memory. NAC can act to help in recovery and can help individuals regain their memory and cognitive ability (source).

24. NAC may reduce the risk of developing kidney disease

Nearly 15% of all couples trying to conceive are affected by infertility, and in almost half of these cases, male infertility is the only factor or contributor. NAC improves sperm quality. NAC can also help fertility in women with polycystic ovaries and unexplained loss of pregnancy (source & source). 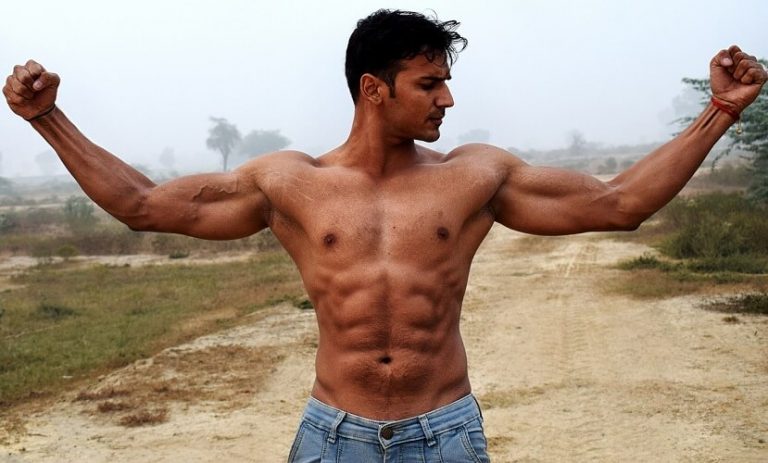 The vegan diet and vegetarian diet are attracting more and more people every day. But saying no to meat doesn’t mean you have to say and not your physical condition… 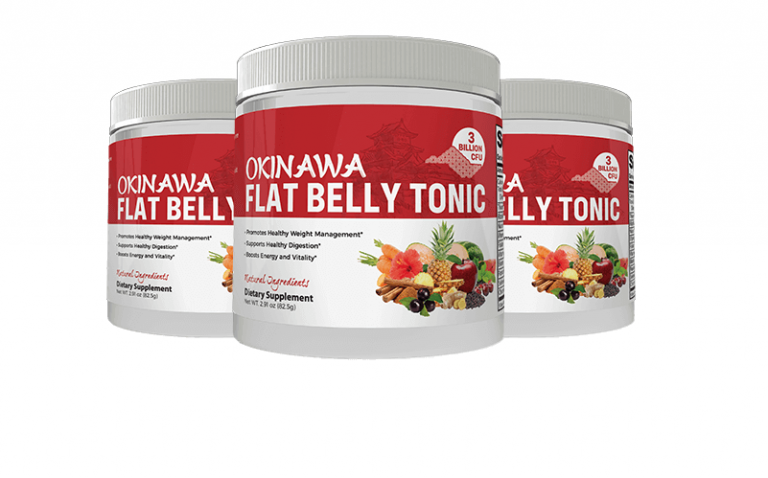 The link between the diet and the production of hydrogen sulphide (H2S) in the body is now being explored by scientists, a smelly and toxic gas produced by the body… 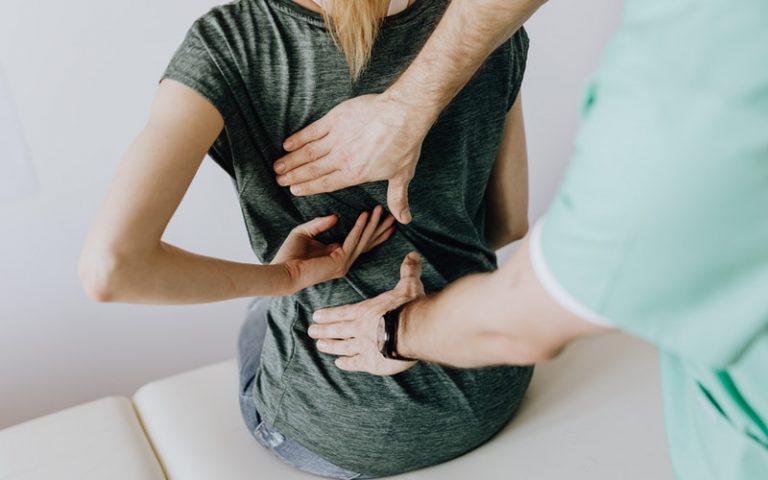 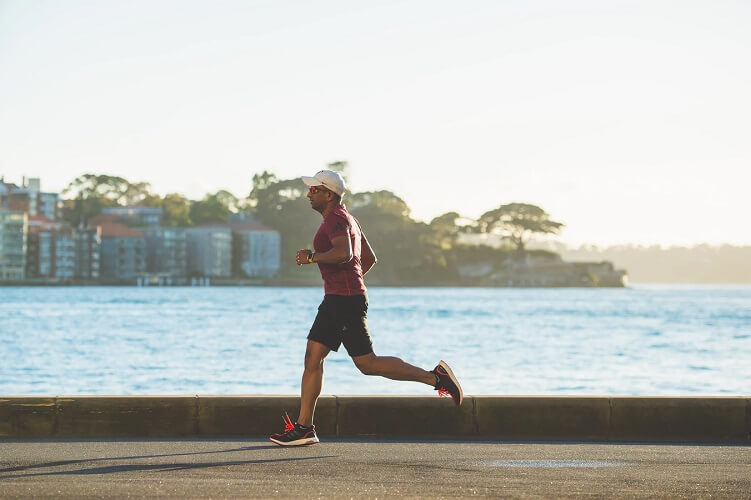 You enjoy running and make sure to do three or four r sessions weekly. However, you noticed that you are not progressing as quickly as you expected! Wondering what is… 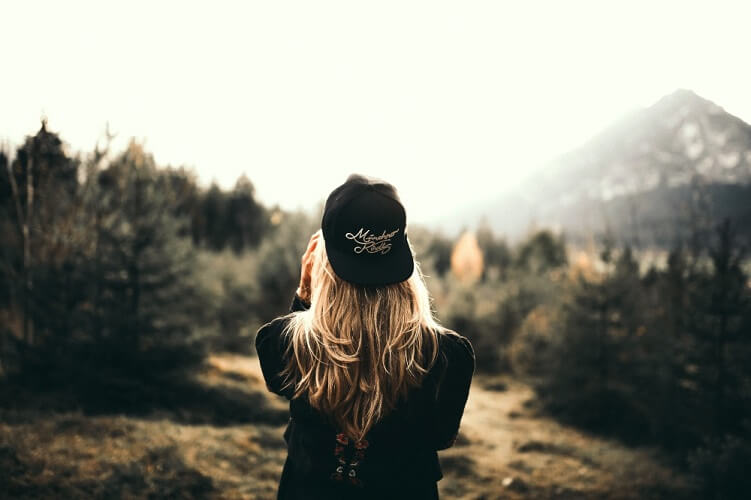 It is a new year and a new you. 2021 should be the year that you take control of your health by implementing a few vital lifestyle changes. By focusing…