In this article, we are going to explain what is oregano, the history behind it, oregano health benefits, its uses, and its side effects.

The word “oregano” comes from the Greek word orī́ganon. The world is a synthetic word comprised of the words ”Oros” which means mountain and “Ganos” which means bright, so oregano means ”bright mountain” [1].

Oregano is native to Europe and has acclimatized to the Middle East. It is an aromatic herbaceous, perennial, and sandy plant, which thrives in limestone soils near the sea.

About 75% of the species of oregano are found in the eastern Mediterranean region and very little in the western world.

In Greece, oregano grows in the aridest and windswept mountains and islands of the country, from Crete to Peloponnese, to Macedonia, as well as to most of the Greek islands.

Oregano is 20-80 cm tall and its leaves are 1-4 cm long. It grows well in soils with a pH of 6-9 and can grow even in very poor, dry, and rocky soils. Its flowers have a white-purple color and bloom from June mainly to August, depending on the region.

If we carefully remove from the soil, small oregano plants with small roots in winter or early spring, we can transplant them into pots initially and later in the soil.

Planting takes place from October until the end of spring. The new plants will be particularly robust, especially in the second year of their cultivation.

Oregano is a hard and durable plant and does not need much water. We find it, in wild form, mainly in sunny and rocky soils throughout the Mediterranean. In the market we find it dried in various forms (bunches or plucked in glass or plastic jars or bags).

Its dried leaves and flowers can be preserved for years if stored in jars that close tightly and away from light. Cool oregano leaves are also stored in the freezer.

Oregano is a good source of fiber. It contains volatile oils, sterols, and flavonoids. It is rich in vitamin C, E, K, A, manganese, magnesium, calcium, zinc, potassium, niacin, phosphorus, and iron as well as in 2-carotene.

Dry oregano contains 3 to 5% essential oil in some areas and can reach and pass 7% and this happens only in areas of Greece and specifically in Crete, Amorgos, Gythio, and the Peninsula of Athos.

This handy table below summarizes oregano’s nutrition facts for every 100g of dried oregano.

What is the History of Oregano?

Since ancient times, oregano has been used for the benefit of mankind. The first recorded use was presented to Assyrians in 3,000 BC, who described many of its medical applications.

In many ways, oregano is a biblical medicine and few people understand that oregano was known as ”Bible hyssop”, and this means that it may have been used since the time of Abraham or perhaps even earlier.

The ancients certainly used oregano as a seasoning, and it is still used in this way. The difference is that they also used it as a medicine because its regular use helped in many cases of infections and diseases.

The Greeks used it extensively as a medicine and it was the most endearing recipe of hundreds of ancient Greek healers. For both the Greeks and the Romans, it was a symbol of joy and happiness and in their tradition, grooms and brides were crowned with laurel and oregano.

The Greek physician Dioscorides recommended it to those who showed loss of their appetite while the oregano decoction was believed to cure abdominal spasms and treat poisonings.

During the Middle Ages, Islamic doctors developed many uses for oregano as well as for its essential oil. In the following centuries, it was promoted as a remedy for a wide range of lung diseases. (If you are looking to get your hands on some high-quality, organic, oregano essential oil, take a look at this, from Healing Solutions).

In the US, oregano only became known at the beginning of the 20th century.

Below, you can find over 30 health benefits of Oregano as well as use cases. We’ve added them in bullet point format for easier reading. Some, of these points, have links to research and studies, backing up each claim.

WATCH THIS: Similar to Morphine: The Best Natural Painkiller that Grows in Your Backyard

A study by the University of Arizona concluded that carvacrol contained in oregano can fight Norovirus.

Norovirus is the most common cause of viral gastroenteritis outbreaks in children and adults, according to the CDC. Carvacrol strips the virus from its “armor” (a hard outer, protein cover), making it more vulnerable and easier to destroy.

Study leader Dr. Kelly Bright said: “Carvacrol could potentially be used as a food disinfectant, as well as surfaces, in combination with other antimicrobials. Further studies are needed, but carvacrol has a unique way of attacking the virus, which gives it a very interesting perspective.”

Experiments have shown that carvacrol acts directly on the virus’s armor, the hard protein casing of the virus, which contains its genetic material. It is precisely for this reason that scientists estimate that it is unlikely that the virus will develop resistance to it. If used as a disinfectant it will be long-lasting, not corrosive, fumes-free, and safe, experts say.

The results of the study were published in the latest edition of the journal Journal of Applied Microbiology.

RELATED: The Lost Book of Herbal Remedies Review: Everything You Need To Know.

In a briquette with water, boil 1 teaspoon of oregano for a few minutes, strain and drink.

In a cup of boiling water add 1 teaspoon oregano, cover, and leave for 10-15 minutes. Drain and drink, preferably hot.

Pour oregano decoction into the bathwater to soothe and stimulate your skin. (Boil for a few minutes, 80-100 g oregano in 1 liter of water).

Gargle 2-3 times a day with oregano decoction, for mouth problems, ulcers and toothache

TIP: You can always prepare your own oregano oil and oregano essential oil at home. If you don’t want to deal with these kinds of stuff, you can always purchase online or from your local herbal store. For Oregano oil we recommend getting Oreganol™ and for oregano essential oil we recommend getting the one from Healing Solutions.

Oregano oil is a safe but powerful substance and its use should not be done recklessly.

For example, avoid the therapeutic use of oregano during pregnancy. Also, avoid consuming oregano essential oils internally, as organic toxicity may occur. A number of commercially available essential oils are non-foodable, so be careful. Oregano Oil is different from Oregano Essential Oil.

Finally, consider consulting your doctor before drinking oregano if you drink alcohol on a regular basis or use medicines.

Oregano is one of the many wonders mother nature has given to us, to fight illnesses and help us live healthier and better. Having a small oregano pot in your house will not only make it smell natural but will provide you a continuous supply of a magnificent herb that’s been used for ages for healing a myriad of cases.

What do you think about Oregano? Are you a fan of this herb? Would you like to add anything that our readers might find interesting? Feel free to share your thoughts in the comments section below. Also, make sure you share this article with your friends and family via social networks. It really helps educate more and more people that food is medicine and food nurishes our bodies.

FoodNurish's editorial team thoroughly examines the content published by our authors for inconsistencies. It strives to back every claim made in the content with research papers and scientific evidence. If for any reason you may feel that there are inconsistencies or updated data on any topic, feel free to contact us and we will examine your feedback. 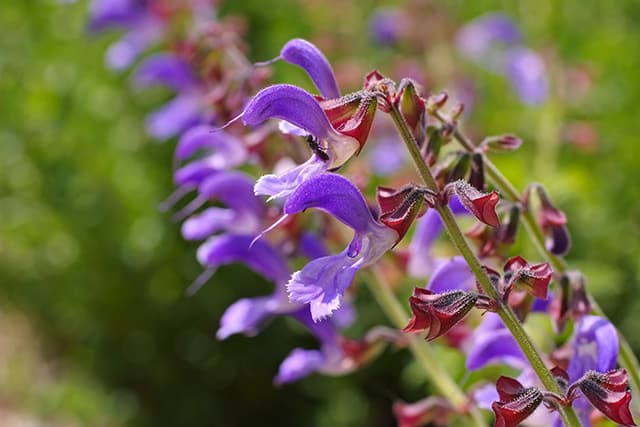 ℹ️ FoodNurish is reader-supported. When you buy through links on our site, we may earn an affiliate commission without any surcharge to you. You may not hear about oral cancer…

ℹ️ FoodNurish is reader-supported. When you buy through links on our site, we may earn an affiliate commission without any surcharge to you. In this article, we will examine 12…

ℹ️ FoodNurish is reader-supported. When you buy through links on our site, we may earn an affiliate commission without any surcharge to you. In this article we are going to…

ℹ️ FoodNurish is reader-supported. When you buy through links on our site, we may earn an affiliate commission without any surcharge to you. A “magical” aromatic herb exists in the…

ℹ️ FoodNurish is reader-supported. When you buy through links on our site, we may earn an affiliate commission without any surcharge to you. All of us are looking for ways…

ℹ️ FoodNurish is reader-supported. When you buy through links on our site, we may earn an affiliate commission without any surcharge to you. Chamomile, (Matricaria Chamomilla) took its name from…