Chemical element (Na) from the alkali metal group, atomic number 11. It occurs in nature either as a single element (elemental form) or coupled with other elements.

As it is coupled to many different molecules due to its electron structure, it indirectly acquires other biological roles depending on the compound it forms.

The most common sodium compounds are sodium chloride (NaCl – the salt we all know), sodium glutamate (as a food additive) and baking soda (Na2CO3).

Sodium is the main element of the body’s extracellular fluids, which underlines its importance for the human body, as changes in its concentrations lead to osmotic changes in cells and tissues.

In particular, it is the key molecule for the movement of fluids in and out of cells, causing either swelling/edema or dehydration of cells, and it regulates/participates in many other biochemical processes such as the proper functioning of the nervous system and the brain.

The movement of sodium in and out of cells results in the production of electrical signals, thanks to which communication between cells takes place.

This communication in turn is necessary for our body to carry out its basic functions, such as muscle activity and the functioning of the nervous system.

Sodium also regulates the body’s acid-base balance (the set of processes responsible for maintaining the acidity of body fluids at stable levels, which is important for the smooth performance of the biochemical reactions of the human body), maintains the balance of fluids inside the cells, protects against dehydration and regulates blood pressure.

Sodium, together with potassium, are the most important electrolytes in our body, and in contrast, sodium is found mainly in the fluid surrounding the cells. It is absorbed from the small intestine and excreted through urine and sweat.

Although there is compelling evidence that correlates excessive sodium intake with fluid retention and related health problems (hypertension, increased risk of ischemic heart disease, stroke and kidney damage, etc.), there are numerous studies that refute the salt-heart disease link.

The recommended daily intake of sodium is quite conservative at 2.3 g per day (or 6 g – about 1 teaspoon – of table salt respectively).

Sodium levels may be increased by adding salt to cooking or table salt, but it is worth noting that 75% of the salt we consume is present in the prepared foods we buy.

Another factor that could have a significant impact on whether salt has harmful or beneficial effects on our body is the ratio of sodium and potassium intake in our daily diet; in fact, it is more likely that potassium deficiency is more responsible for hypertension than increased sodium intake.

An imbalance in potassium-sodium intake could lead to hypertension. Diets rich in processed foods, remarkably low in potassium and high in sodium could easily lead to such an imbalance.

This could also explain in some way why high sodium diets might affect some people & some not.

Sodium in food is usually found in the form of sodium chloride, i.e. salt. Foods naturally rich in sodium are milk, celery and even water.

However, care should be taken with processed foods, which are high in it, due to the use of salt as a preservative.

Although excluding these foods from the diet is not the solution, it is advisable to consume them in moderation and patients affected by sodium intake should avoid them.

What is its action?

Pottasium and Sodium regulate osmotic pressure within cells, help maintain acid-base balance and transport substances in and out of cells.

Sodium (Na) is also a component of pancreatic fluid, tear bile and sweat. It also regulates blood pressure, the transport and excretion of CO2, the transfer of electrochemical signals for nerve function and muscle contraction.

How is sodium metabolized?

All Sodium in food is absorbed from the small intestine by a mechanism known as the Na pump.

From the blood, Sodium goes to the kidneys where, its reabsorption and distribution depend on the amounts needed to maintain the required levels in the body.

Excess sodium is excreted in the urine and excretion is regulated by aldosterone. The amount excreted depends on the amount taken up by food. The excretion of sodium in faeces and sweat is relatively low.

Read Also: The 6 Best Foods For Brain Health, According to Harvard Nutritionist

Increased levels of sodium in the body (hyponatremia) are most often due to problems such as diarrhea and poor functioning of the thirst mechanism (e.g. due to age), during which we either lose large amounts of water or do not replace them adequately (so we either have an increase in sodium concentration or a greater loss in water than in sodium).

However, it may also be that elevated levels are due to increased sodium intake or retention, for example through the foods we eat. The most common symptoms that occur in hyponatraemia are an increase in blood pressure and fluid retention.

Low sodium levels (hyponatremia) occur when the percentage of water in the body increases (so the concentration of sodium decreases) or when there is water loss, but where sodium loss is predominant, such as when diuretics are taken in kidney or liver disease, in the case of burns, bleeding, diarrhoea or surgery, and in some cases of dehydration (e.g. due to vomiting).

Are there any side effects?

Sodium chloride can be toxic when:

To maintain normal levels of sodium (135-145 mEq/l) in our body, it is recommended that adults consume about 1,500 mg of sodium daily.

Folate is a water-soluble B vitamin that helps keep your cells, tissues and DNA healthy. It’s especially important for women who are pregnant or could become pregnant to maintain a…

✅ Researched Based: This article is based on research. Number’s in Brackets are links to research papers and Scientific articles from well-established and authoritative websites (all links open in a…

What is Moringa Moringa trees grow mostly in India, Pakistan, the Philippines, and Nepal. Moringa grows easily like weeds, sometimes reaching 6 meters high in a single year and blooming…

Is brown rice healthier than white rice? Both are starches, both can be cooked and used in similar dishes. However, we have all heard that brown rice is the best… 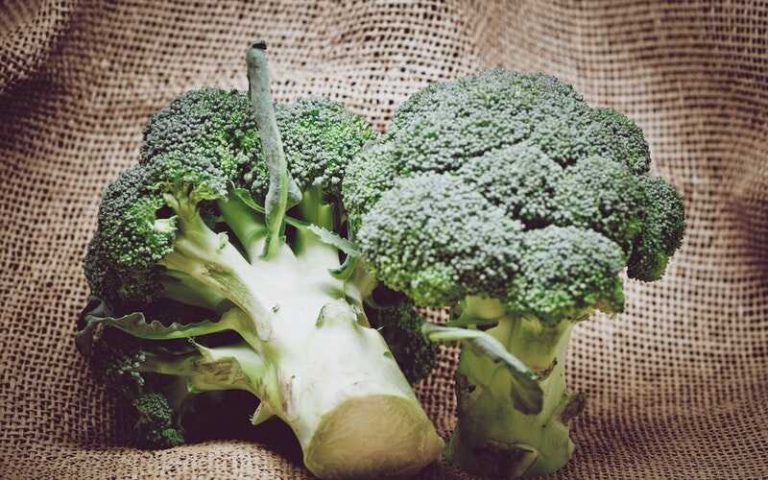