If you buy something through a link on this page, we may earn a small share of the revenue without any surcharge to you. Read how this works.

Chamomile, (Matricaria Chamomilla) took its name from its aroma (apple of the soil) and the first to mention its beneficial properties is Hippocrates (460-370 BC), the father of medicine who considered it as menstruating and anti-hysteria medicine.

The most famous variety of chamomile that grows and thrives in the Mediterranean region and especially in the Peloponnese area, is chamomilla Recutita.

Chamomile has also been called the “plant doctor” because where it grows, its root system helps all the sick plants that grow with it.

The bloom begins in April and lasts until June. Only the flowers are collected from the plant when they open well and before the petals start to fall.

They are then dried in a shady or dark place and are usually packed airtightly to preserve as long as possible the substances contained in the collected flowers. Chamomile has significant positive effects on organisms and helps against various diseases.

Its healing properties have been known since antiquity and of course Hippocrates – the father of medicine – regarded it as the most miraculous herb for many cases. Although it is widely used, scientists continue to discover new data on the active substances and properties it contains to help manufacture various formulations of pharmaceutical and cosmetic use.

Chamomile for Depression and Anxiety

Chamomile is known for its therapeutic properties in indigestion, stomach disorders, insomnia, and migraine. But research from the University of Pennsylvania has found that chamomile can also help people who suffer from anxiety, stress, and depression.

In the research, scientists compared the results of standardized tests designed to measure generalized anxiety disorder. Over an eight-week period, half of the volunteers involved consumed chamomile capsules while the other half consumed a placebo.

During the examination of the participants about changes in anxiety symptoms during the research, it was shown that those taking chamomile also had a reduction in symptoms, i.e. according to the scientists the result was “clinically and statistically significant”.

The helpful effect of chamomile in sleep problems is widely known, although scientists still do not know the exact way it works, chamomile can relax the body and offer a nice feeling of sleepiness before bedtime.

The appearance of depression is very closely linked to the lack or poor quality of night sleep.

According to research in the Journal of Affective Disorders, the use of chamomile to improve the quality of evening sleep can also have a very positive effect on the removal of the risk of depression. 85 % of people who suffer from depression also have significant insomnia problems.

Unlike other methods that last only a few hours, chamomile appears to remain in the body and has an action that lasts for days

Research published in the Journal of Agricultural and Food Chemistry showed that participants who drank chamomile for two weeks daily had elevated levels of the substances glycine and hippuric acid that help relax the body.

Two weeks later, and although the participants had stopped consuming chamomile, the above ingredients were still detectable in their urine.

So if you feel a lot of tension, stress, and anxiety, before you turn to medications that cause both addiction and side effects to try drinking chamomile tea frequently and daily instead of coffee. 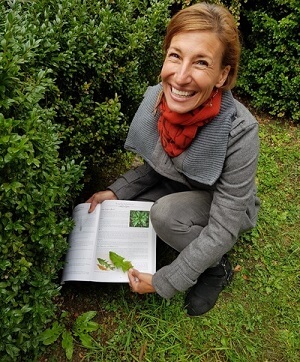